Alstor has been making forest machines for independent forest owners for over 20 years in its factory in the province of Bohuslän in northwest Sweden. At Elmia Wood 2022 the company is exhibiting no fewer than 10 different machines from its broad product range.
“Machine number 11,000 recently left the factory,” says Patrik Christansson, purchasing manager at Alstor. “Of course it’s here too, looking great in its custom paint job. It’s been sold to a customer who’s now buying his tenth Alstor. That says a lot about our customers – they tend to come back and want to buy more.”

Newcomers in the stand include two machines from what Patrik describes as “the fourth generation of Alstors”:

“The totally new 822 with an open operator’s seat and the cab-equipped 832. They’re doing demos more or less constantly during the fair.”

“Operator ergonomics have been optimised with increased storage, a flat floor, improved driving position and better access in and out of the machine on both sides,” Patrik explains. “Another advantage over choosing a cab version is, of course, the price tag. But also that you gain such good visibility, plus the ergonomics when you want to get in and out often. You have the chainsaw hanging up front by the roll bar beside the driver’s seat – you want to have the machine with you by the tree that you’re felling. You lift up the trunk to a comfortable height while you delimb and cut to length. The 822 is a great friend to have with you in the forest.”

Increased traction in the cab version

The Alstor 834 has been given greater traction that its predecessor, the 833. In addition, a new timber rack makes loading and unloading easier.

“It’s a real workhorse. It’s efficient both when you need to clean up messy windfalls and for gentle thinning. And this option is for people who want a cab, perhaps for warmth in winter and with AC for comfortable operating conditions in summer. Some people want it with underfloor heating. As I said, we’ve learned that forest owners are different, want different things. We listen to them when we’re developing new versions.” 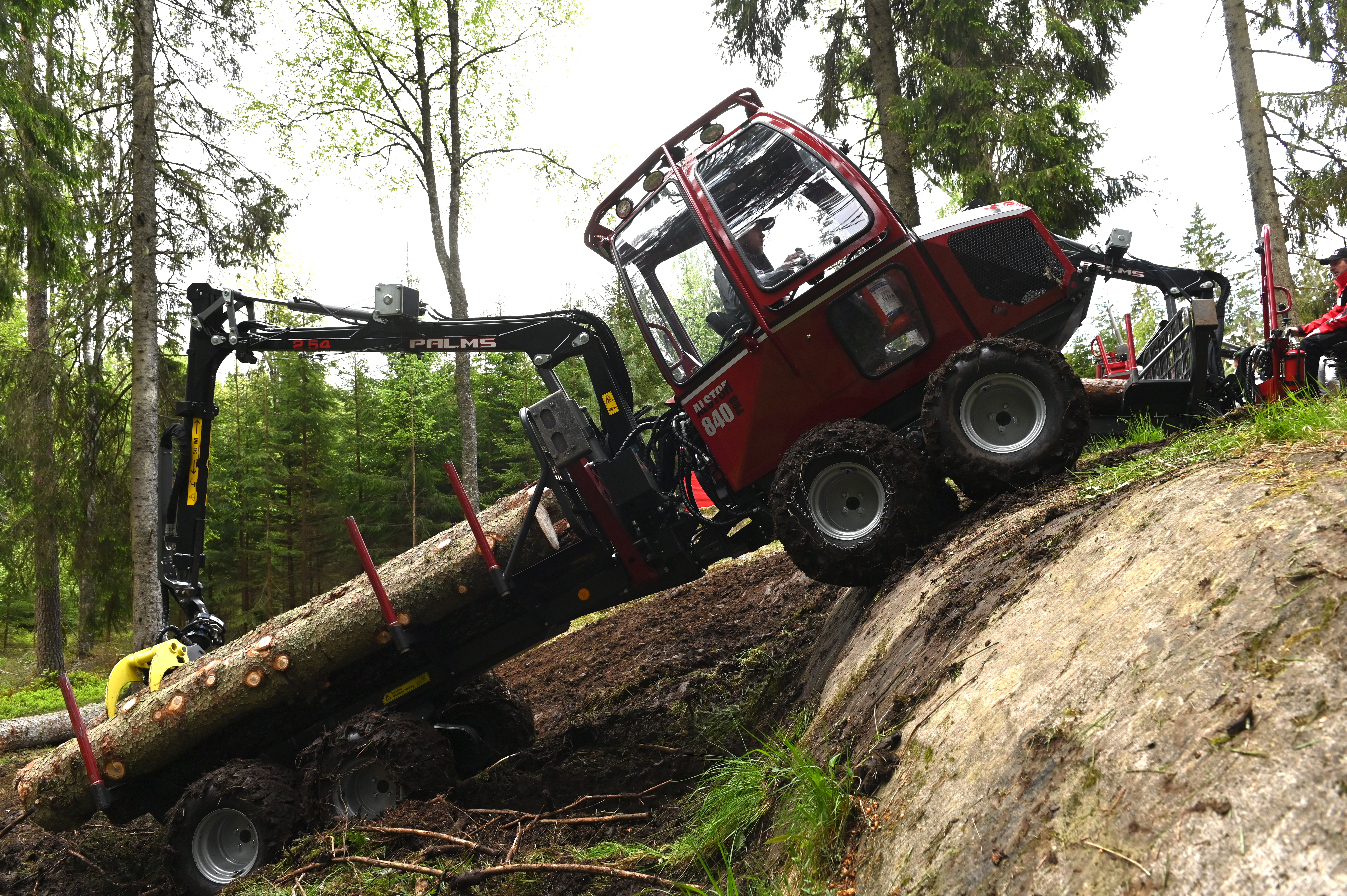 Patrik Christansson, purchasing manager with Alstor, in front of machine number 11,000 delivered from the factory in Dingle, Bohuslän.