Elmia Lastbil more important than ever as the industry transitions

Elmia Lastbil 2022 consolidated its position as the natural arena to take the Swedish transport and haulage industry into the future. The four days brought the key issues into real focus, and also seeded new collaborations. Together, we could strengthen efforts towards the green transition and other vital issues for the sector.

The transition facing the commercial vehicle and haulage industry affects everyone, from OEMs and haulage companies to fuel companies, bodybuilders and transport buyers. This is why it’s more important than ever that the industry comes together to face the challenges of the future, together.

“Elmia Lastbil is a hugely important forum for us. This is simply the commercial vehicle fair for Sweden and the Nordics. Moving forward, it will be increasingly vital to meet across company boundaries to exchange information and form partnerships. As technology changes so dramatically, we have to work together in large ecosystems. No one has all the answers, we have to work together and help each other,” says David Källsäter, Managing Director of Scania Sweden. 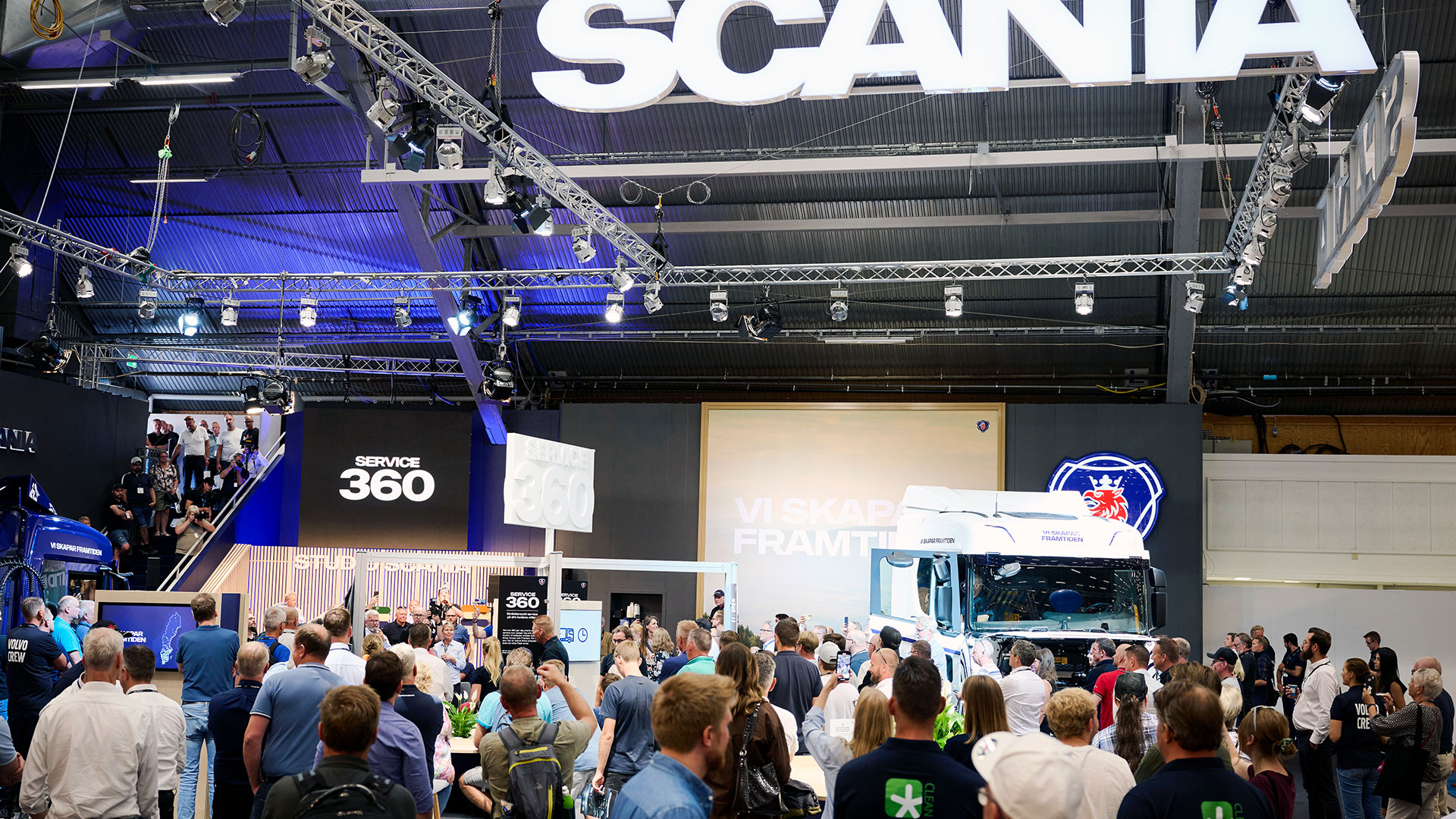 Sustainability in focus among OEMs

There was no doubt that for the three large truck manufacturers at Elmia Lastbil – Scania, Volvo Trucks and Mercedes-Benz – sustainability, electrification and the green transition are absolutely key in taking the sector into the future.

“Elmia Lastbil is a melting-pot, bringing politicians, students and business partners together with bodybuilders and customers – all in the same place. Being here for four days equates to a huge number of customer visits, so we find it an incredibly efficient way of doing business,” says Bengt-Ove Hedborg, Head of Sales & Marketing at Mercedes-Benz Trucks in Sweden. 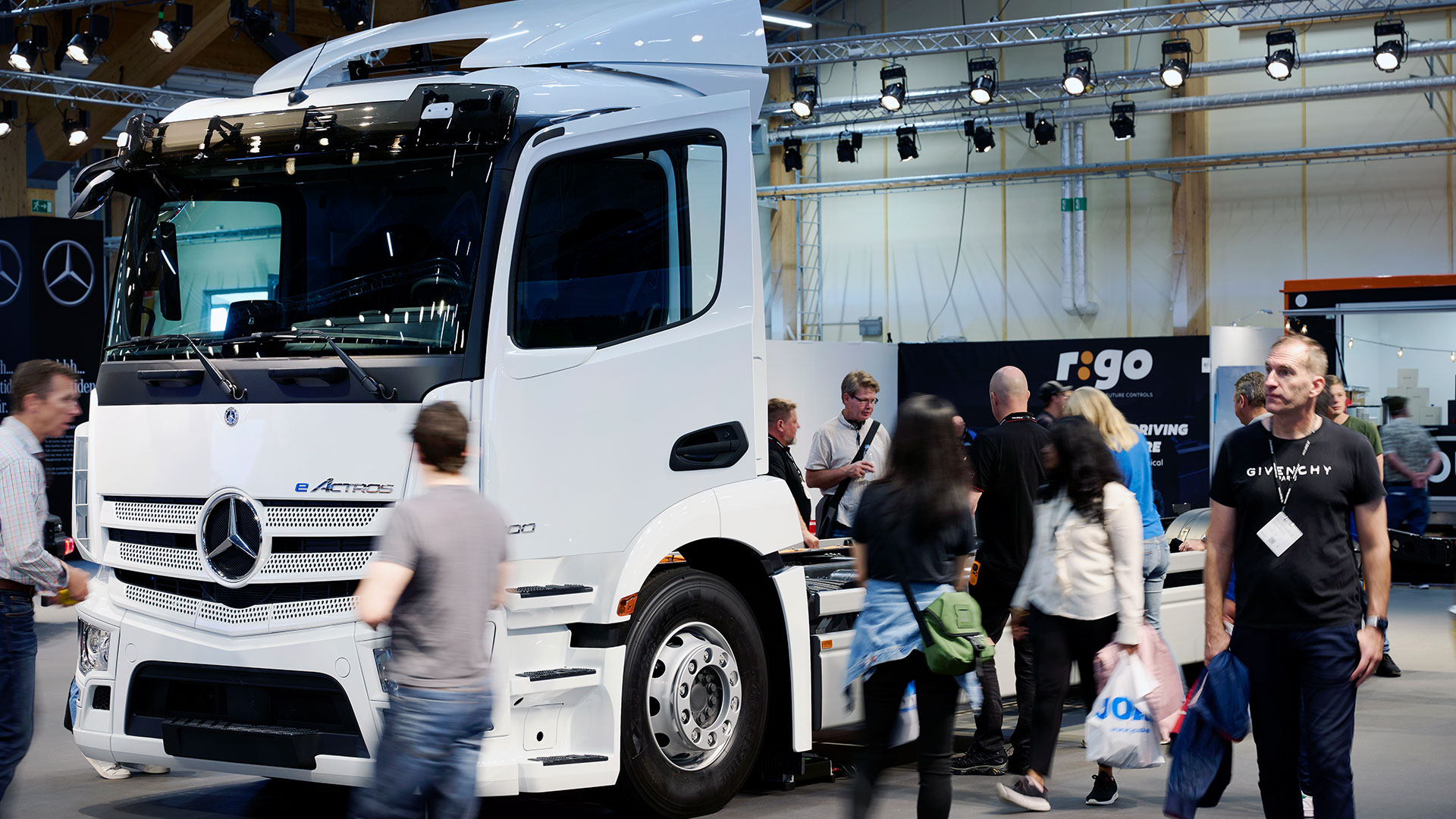 For example, Scania showed the world’s first electrically powered timber truck with an 80-tonne capacity, Mercedes-Benz launched its new eActros all-electric truck with demo drives, and Volvo Trucks showed its path to a sustainable future, symbolising its collaboration with supermarket chain ICA with a heavy electric truck in the outdoor area.

“Our strategy for the sustainable journey is that it has to be made together. Our customers may well invest in an electric truck already today, but we need to work alongside them in a completely different way now. For us, it’s about also engaging in discussion with their customer, so that they’re on board too. That’s how we want to approach working together,” says Stefan Strand, MD of Volvo Trucks Sweden. He adds:

“Being at Elmia Lastbil goes without saying for us. There is simply no alternative, it’s a great fair with a great atmosphere. The whole industry is here,” he says. 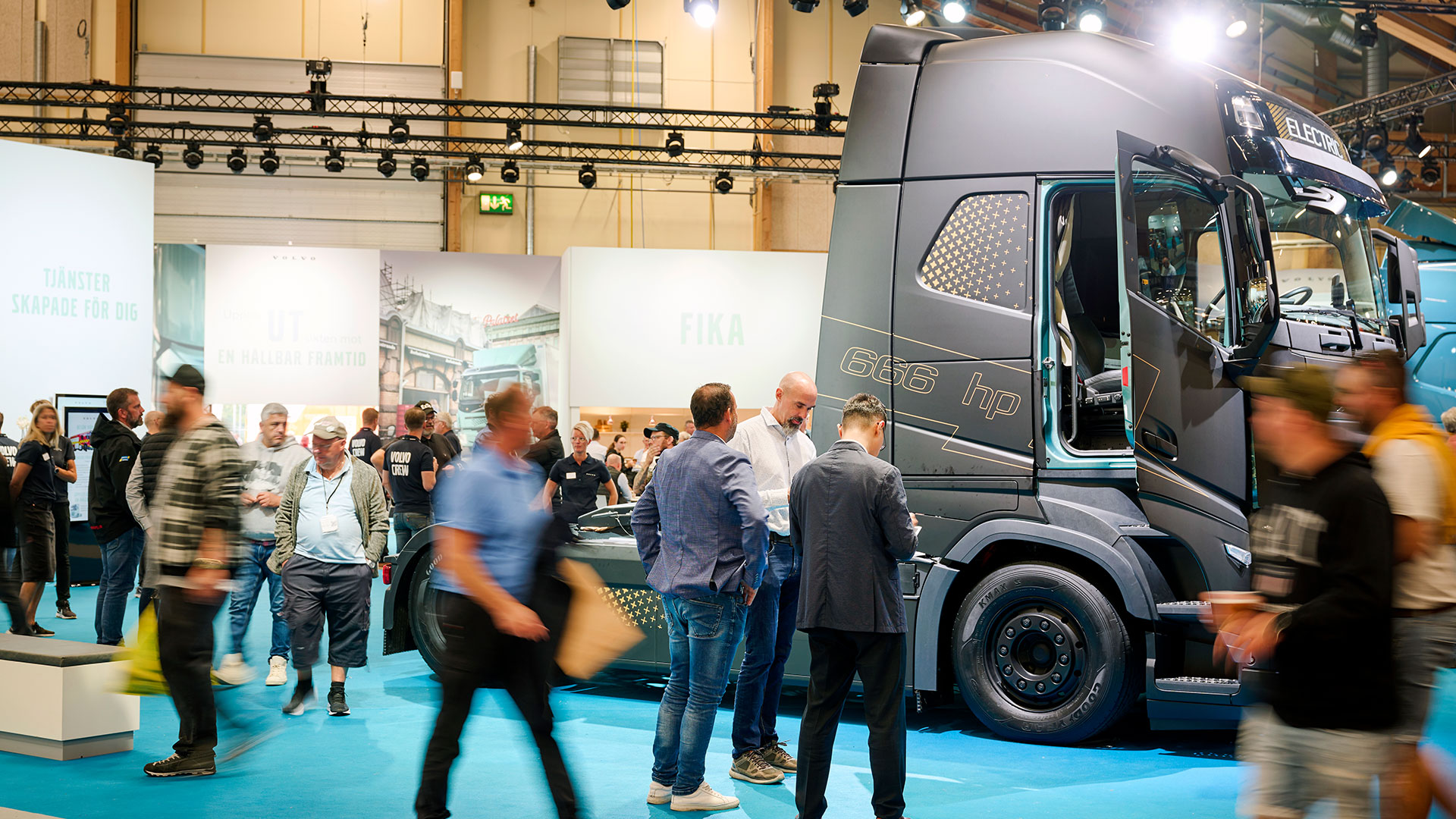 Strengthening the industry, together

With 321 exhibitors and 30,874 visitors, there is no doubt that Elmia Lastbil is an important arena for presenting new developments and products, and for doing business. It is also an arena for knowledge, with an extensive stage and seminar programme. This year politicians, government agencies, the private sector, haulage companies and industry organisations were all here discussing the way forward for Sweden’s transport and haulage sector.

“Jönköping is the obvious choice of location for a fair like Elmia Lastbil. We’re at the centre of a critical logistical hub for all of Sweden, perfectly centred between our three largest cities. The amazing atmosphere over these four days clearly shows the power that exists among all parties to strengthen the industry and meet the challenges of the future, together. Elmia Lastbil’s position as Sweden’s most important arena for transport policy was confirmed by the fact that our Minister for Infrastructure opened the fair on the first day, and also decided to come back on the Saturday. The fair’s stage programme was also very well attended during the week,” says Emilott Lantz, Exhibition Manager for Elmia Lastbil.

Elmia Lastbil is organised jointly by Elmia AB and Trailer Magazine. The first fair was held in 1983, and the 2022 event was the twentieth in order. Trailer organises the popular competition Nordic Trophy, which this year featured around 130 trucks.

“This year’s Elmia Lastbil was a hit in all kinds of ways. In the main industry exhibition, visitors could see the latest developments in many areas, and also get an idea of how the technology is changing. Several interesting debates ahead of the election emphasise the fair’s importance as a political arena, and on the last day it was great to see such a huge interest in the forty-second Nordic Trophy,” says Rutger Andersson, Senior Editor at Trailer Magazine.

The 4,006 visitors from high schools and adult education programmes across Sweden were a much-appreciated feature of Elmia Lastbil. There is a severe shortage of commercial drivers and truck mechanics in Sweden, and inviting students was part of an effort to boost the sector’s attractiveness. Among other things, students could meet influencer and driver Angelica Larsson, as well as Emil Didriksson, Swedish Champion in the category Truck Mechanics.

“It was great to see so many students in transport-related subjects we had invited to the fair. Their commitment and curiosity bring hope that we can meet the industry’s need for skills, which are in very short supply at the moment.In this critical industry issue too, Elmia Lastbil can continue to be an important forum,” concludes Exhibition Manager Emilott Lantz.