Mini-golf one minute, big business the next. TMW of Gävle had a great way of finding new customers at Elmia Nordic Rail – and in this case it was the start of a long and successful business relationship. Essentially, a hole in one.

“Hey, that company I played mini-golf with does welding, turning and milling. Isn’t that what we’re looking for?”

This is what was being said near the TMW stand at Elmia Nordic Rail eight years ago. A lone visitor was strolling along the aisles, having probably wandered away from his little group, and decided to play a bit of miniature golf – and maybe win a tasty prize of a raw-spiced salmon.

Then he quickly went to find his colleagues.

“The customer didn’t know anything about us, and at the time we weren’t really doing what his company needed.But once we started talking, he wanted his boss to know about us. Funnily enough he did actually win a salmon, and it became a talking point among his colleagues. Suddenly they started coming over to us, and they said they were looking for a supplier for a new detail. That’s when things started to get interesting,” says Andreas Frans, Managing Director of TMW. 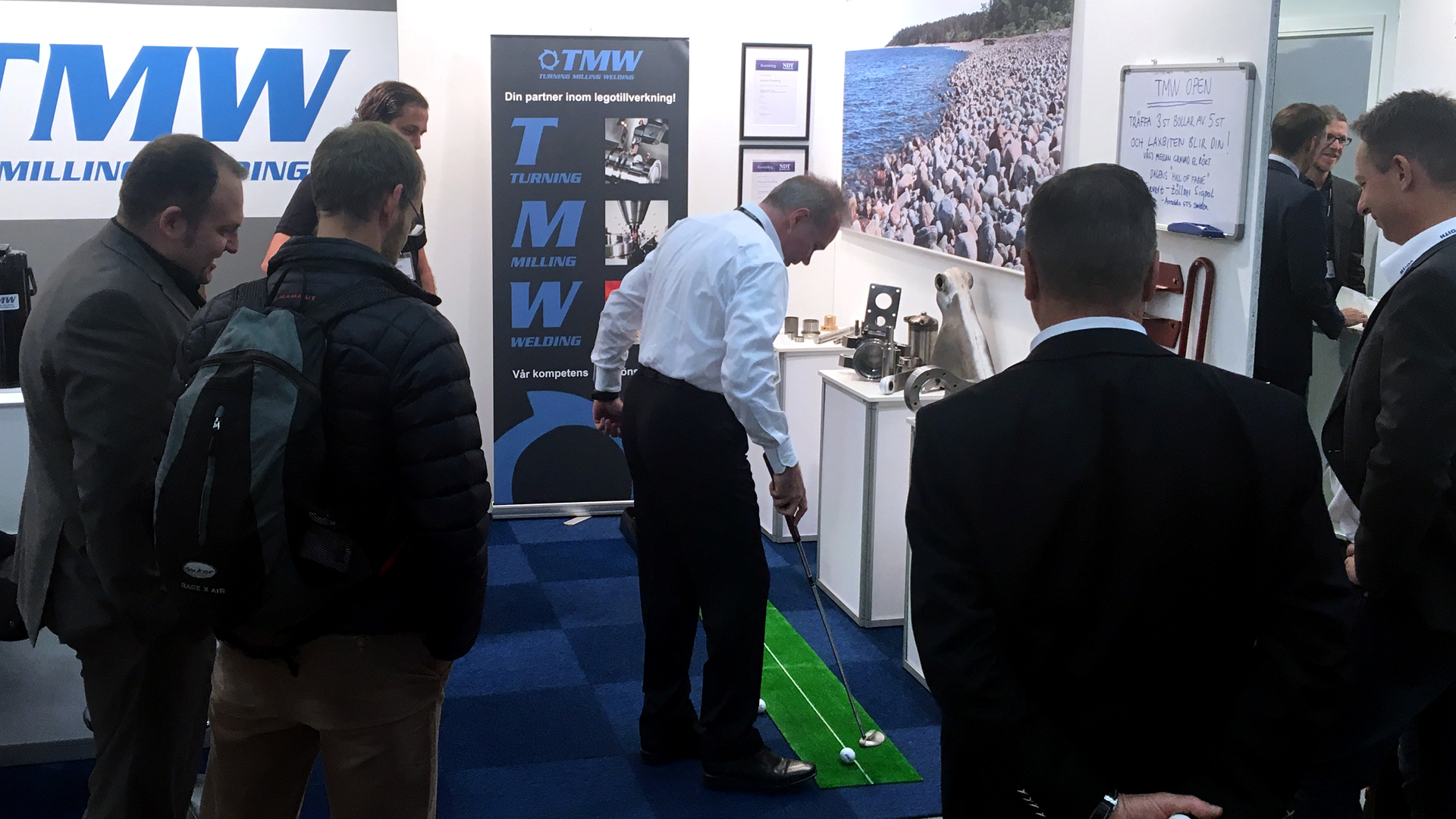 Trade fairs are a key part of TMW’s marketing, and the 2015 deal is firm proof that new customers can be found at the stand.“When they start playing it gets us talking, and suddenly we’re discussing what they do and what we can offer.If it hadn’t been for the mini-golf, they might never have bothered to stop by,” says Andreas Frans.

Flew down to Ystad

TMW’s actual focus is on producing components and spare parts for rail-bound vehicles – but the detail discussed at the stand wasn’t that. But when the customer showed him a few drawings, Frans and his gang realised that this was an opportunity with huge potential. So they booked a meeting.

“Four of us from the company flew down to Ystad, once they had sent us a specification and we had submitted a tender. They found it interesting, and we also felt we were playing our cards right, so a group of us took a flight down south,” Frans explains.

“Today, it’s worth six or seven million kronor a year for us. That’s about a quarter of our total sales of 26 million kronor. That initial meeting, where he was just wandering around looking at the machines in the next stand and suddenly saw the mini-golf, has resulted in a lot of money for us.” 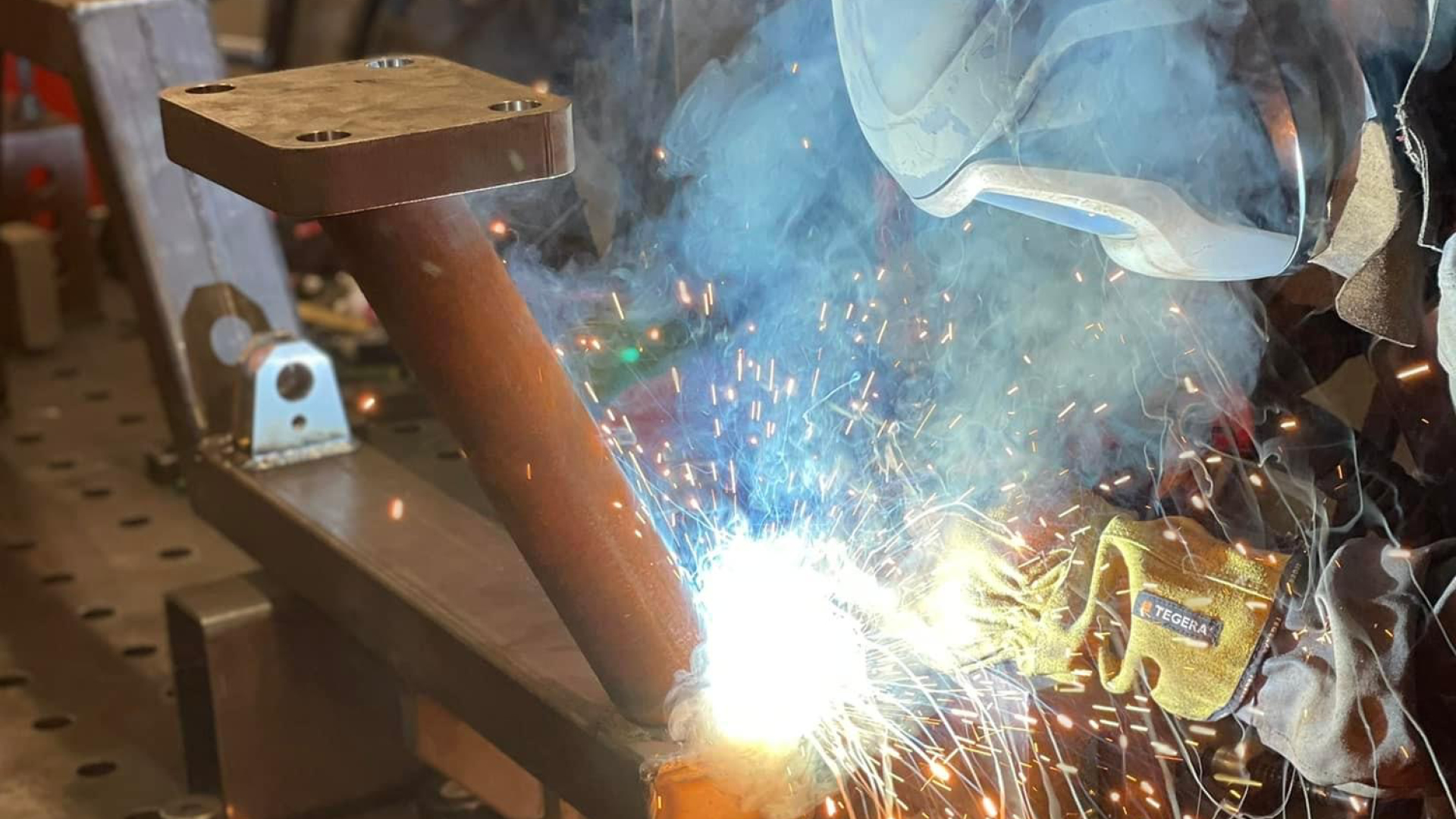 TMW has long experience as a contract supplier of components and spare parts for rail-bound vehicles with processes such as turning, milling and welding.

“When we exhibit at the fair we represent TMW, our company, and we want to give our visitors as much as possible. That’s why we have two basic principles: one, we never sit there staring at our phones, and two, we greet the visitors at the stand. This doesn’t mean we stand there dragging people in, but we’re certainly proactive,” says Frans. He adds:

“I think the mini-golf accounts for about 80 per cent of visitors to our stand. We say they can win a prize, and that gets the conversation started. While they’re playing we ask what they do, they ask what we have at the stand, and things develop from there. It’s a great way of breaking the ice.”