“We have the machines and the technology expertise. But it’s our cutting-edge know-how and deep experience that make us the first choice of the major companies,” says Daniel Larsson, CEO of Unnaryd Modell and an ambassador for Elmia Subcontractor 2019. 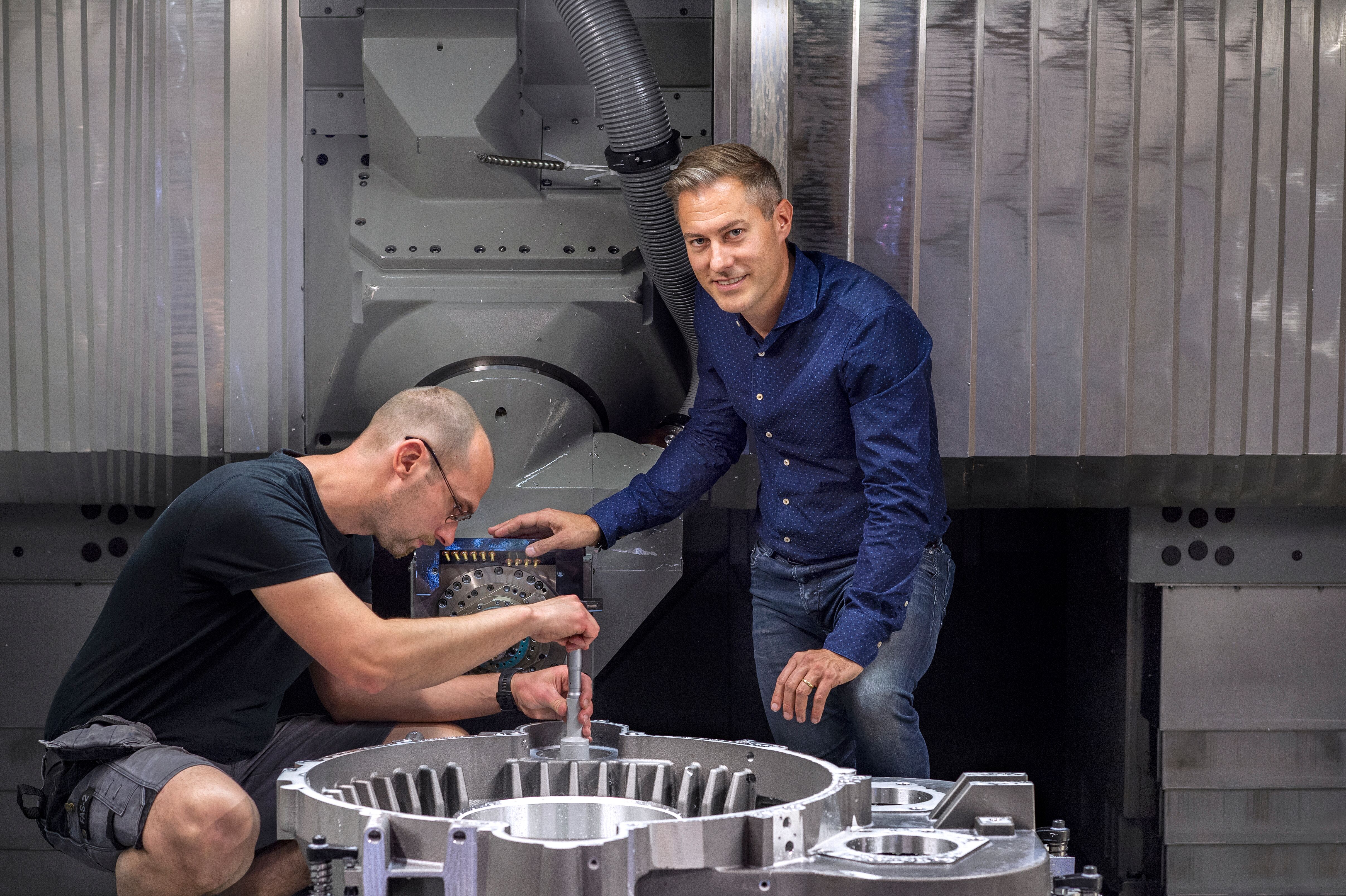 To highlight the backbone of Swedish industry – its skilled suppliers – every year Elmia Subcontractor appoints three ambassadors for the trade fair. This year, Unnaryd Modell from Småland has gained one of the places. They are one of Sweden’s most expert prototype manufacturers and a valuable partner to a range of leading vehicle manufacturers and companies in the engineering industry.

Cooperation became a global success
Communication, openness and technical support. Those are the cornerstones of a successful project, says Larsson.

“If those work, then we can help the customer save both time and money in their development work, so they can bring better products to the market and achieve serial production earlier.”

As an example, he mentions a joint project with Cimco Marine of Sweden. The two companies met at Elmia Subcontractor 2012 and Cimco Marine had an idea for developing the world’s first diesel-powered outboard engine for commercial boat traffic, such as taxi, fishing and transport boats. Such a product would make a big difference for the industry, because diesel is not so flammable as petrol and the fuel consumption can be nearly halved. The result was a close collaboration in which everything from development work with the concept and prototype series, to casting, finishing and quality measurement of the components was done in Unnaryd. The engine went into production in 2017 and is now sold world wide.

Partner in development
Unnaryd Modell has been making models for over 40 years, always focusing on demanding commissions and the vehicle industry as its primary target group. And even though the technology has advanced and both requirements and possibilities are different today, many of the company’s customers are the same today as they were then.

“We often become development partners – more than just a supplier – and that’s when we thrive best,” Larsson explains. “By working closely together we get to know each other and each other’s processes, and know what’s needed to produce a good result.”

He is not particularly concerned about the major shift currently happening in the vehicle industry.

“We’re used to the tough demands and that they are continually changing. The development of electric vehicles means that there will be a new type of components with different needs and requirements, but you just have to keep up. One of our strengths is that we want to develop constantly and we are responsive to customers’ demands and expectations.”

He adds that the company’s vision of becoming the leader in Europe is within reach.

“Our goal is to be top of mind among the major international companies, and we can be there in five years’ time. We’ve started to work our way in with the big OEM manufacturers and it’s progressing slowly but surely.”